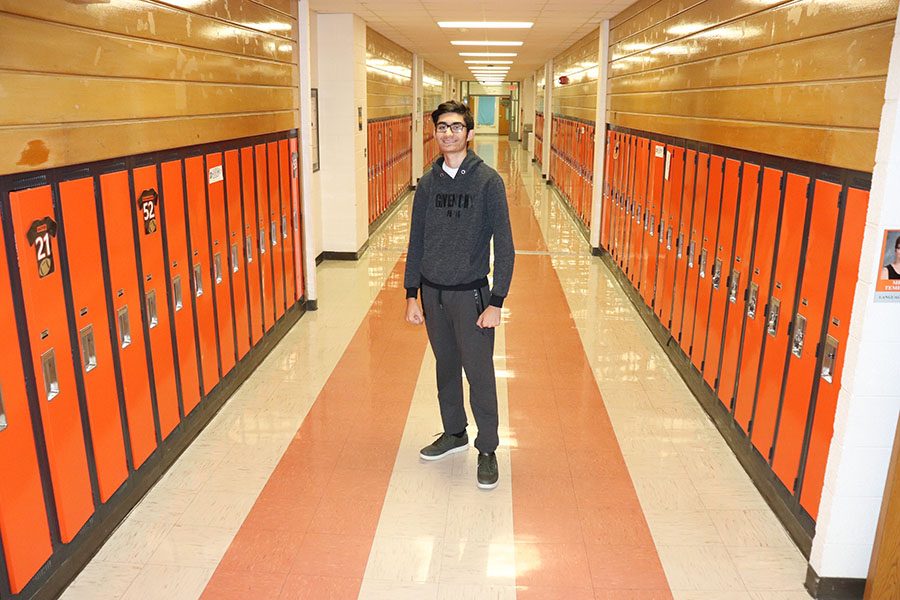 America has always been his dream.

Growing up in Azerbaijan, near Russia, Nihat Isgandarli (11) was always thinking about traveling to America, but his parents said it was impossible. When he heard of an opportunity to pursue his childhood dream, he took it.

Isgandarli has experienced many new activities and sights in Iowa so far, but school is one of the many things he loves, including marching band, music, and the homecoming dance. “I like the behavior of the people around me,” Isgandarli said. “It’s great because it’s so different from the people back home.”

Just a few of his favorite foods in America include corn, Pizza Ranch, KFC, and McDonald’s.

Isgandarli misses his mom and grandma dearly. His dad works as a photographer and in the library in their city. His dad also blogs as a hobby.

Music is something Isgandarli loves. Every chance he is able to play the piano he does. On his dad’s YouTube, there are videos of him singing and playing the piano, in which many people have seen him show off his abilities.

There is one video that is his favorite. “It was my concert, and it is special because that girl is very talented; it was her last concert with me,” Isgandarli said.

“I imagined America to be like my dreams, for it to be big like New York,” Isgandarli said. “My father said this place has earthquakes and thunder, and he wanted me to go somewhere else, but I said ‘no.’”

Angga Putra is from Indonesia and he wanted to know more about America. He wanted to try something new. Putra started out with watching videos of other students and their experiences in America. From there he decided he wanted to be a foreign exchange student.

He found out there was a fully funded way that he could come to America called the Kennedy-Lugar Youth Exchange and Study Abroad program, which has helped him come to America.

Traveling to America was difficult. He said his plane ride took a while, and he struggled with the jet lag.

“P.E. is cool. I’ve never dealt with anything like it before,” Putra said. He is enjoying many of his new experiences in America.

He has tried a lot of new foods in Iowa, but overall mac & cheese is his absolute favorite.

Putra says he misses his parents and classmates. “My parents have a hard time. My mom called on my birthday, and she cried,” Putra said. “But the people are so nice, and I feel so welcomed.”

Some of his hobbies are playing the guitar, learning languages, and debating hard topics. Back home he is on the debate team, and he wishes there was one at West Delaware.

“Everyone was saying stuff about cornfields, and when I came to Iowa, I was like wow,” Putra said. “We went to Backbone State Park and it feels like the only place with no corn.”