Fighting Until the End 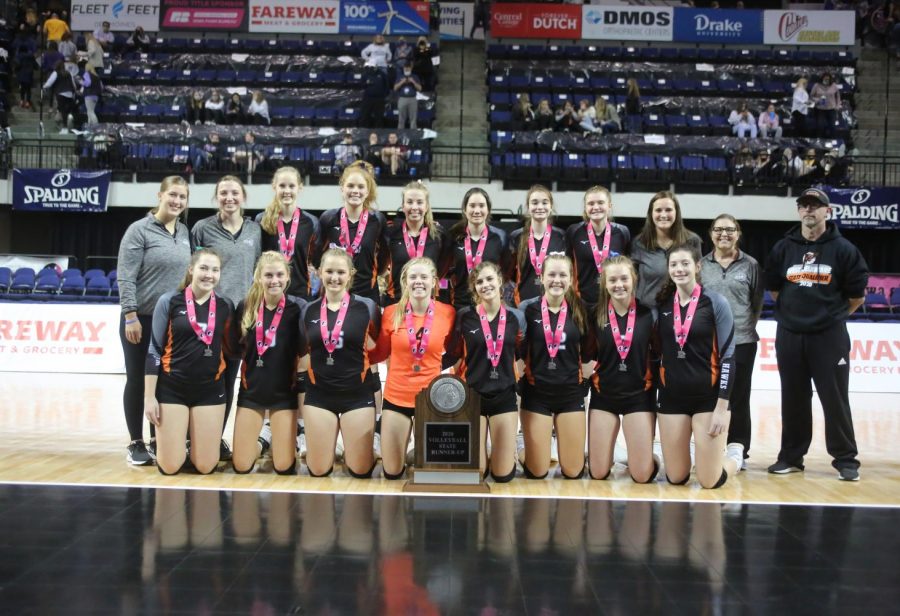 With a strong mindset going into the class 4A state volleyball championship, the Hawk volleyball team (30-12) battled the Xavier Saints (26-6) at the Alliant Energy PowerHouse on Thursday, Nov. 5.

“We kept competing every match,” Mather said. “I thought we had a great mindset going into each set.”

Mather thinks the height of eight of the Xavier girls, ranging from 5’10” to 6’5”, was a big part of their loss. Mather said not taking advantage of Xavier’s weaker back row was also a downside.

With 16 kills, senior Ava Hauser made up most of the team kills. The team accomplished a total of 44 kills against Gilbert.

It had been a dream of Ella Koloc (11) to make it to the state championship. S

he thinks highly of the team and how far they have gotten.

“It was an amazing feeling,” Koloc said. “I couldn’t have been more happy than to make it this far with these girls.”

Hauser thought it was heartbreaking how the team lost but happy of all the great memories.

“This team worked hard and achieved lots,” Hauser said. “I know they will do great things in the coming years.”